2019 Innovations in Nantucket Basketry: José Reyes and Beyond

This year we showcase innovations in lightship baskets. From Jose Reyes’ lidded purse to contemporary baskets for the home, basket makers have been pushing the boundaries of what defines a Nantucket lightship basket. Stop in to see these remarkable pieces. 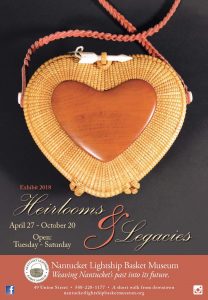 This exhibit includes baskets that have been handed down through generations, as well as basket makers within the same family. 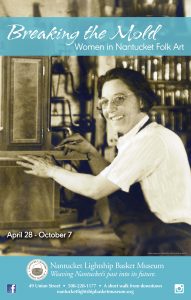 Breaking the Mold: Women in Nantucket Folk Art explores the many ways in which women have been involved with the production, promotion, and preservation of Nantucket’s most iconic folk arts, like basket making, scrimshaw, and woodcarving. 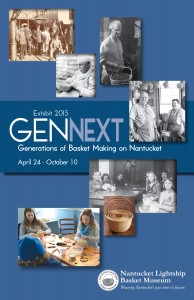 Explored the relationships between basket makers and students throughout history from the whaling era to the present. A giant “family tree” of basket makers was the final result of the exhibit. Featured artists were Arthur R. Martin and Frederick Chadwick. 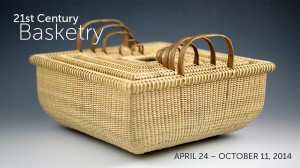 This exhibit celebrated cutting edge works representing a variety of basket making techniques throughout the world. Featured artists were Captain Charles B. Ray and Reggie Reed. 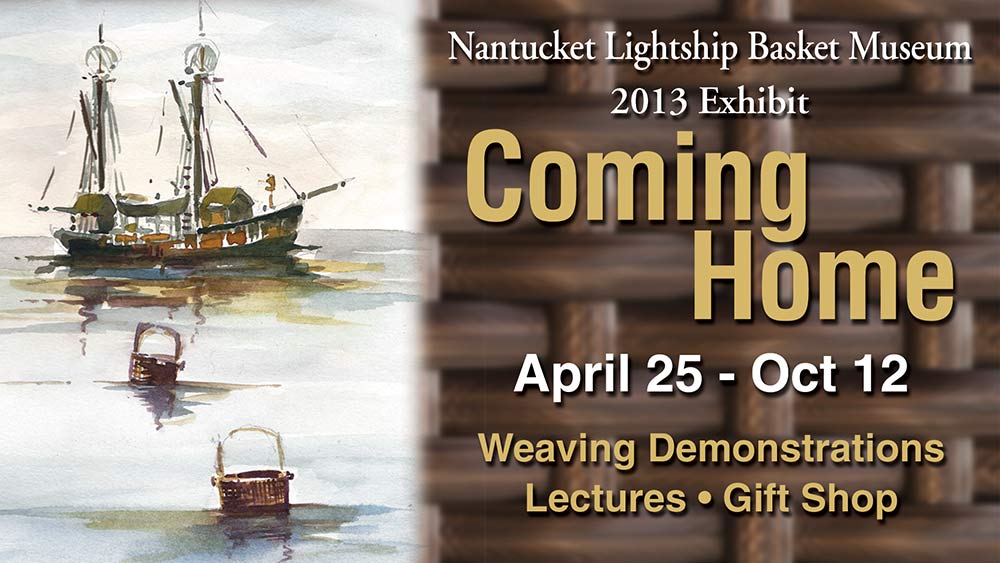 Baskets that made their way back to Nantucket from off island. Several prominent off island collections were featured. Featured artists were Davis Hall and William Sevrens. 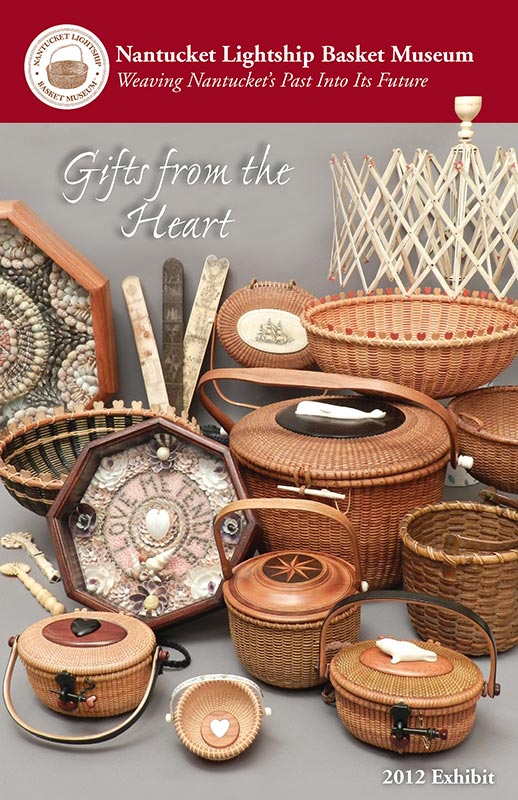 Baskets that were given or received to commemorate memorable occasions. Featured artists were Captain Thomas James and Harry Hilbert.

Baskets that were made or owned by the museum’s members. Featured artists were William Appleton, Ferdinand Sylvaro and Stephen Gibbs. 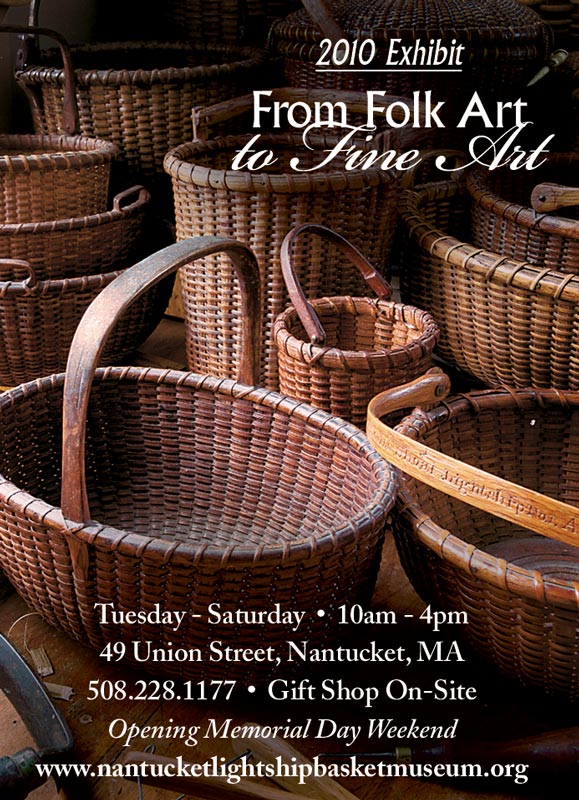 Celebration of the museum’s 10th anniversary.

In addition to lightship baskets, this was the first exhibit to include other Nantucket arts such as ivory carving, silver, scrimshaw and paintings to compliment the baskets. 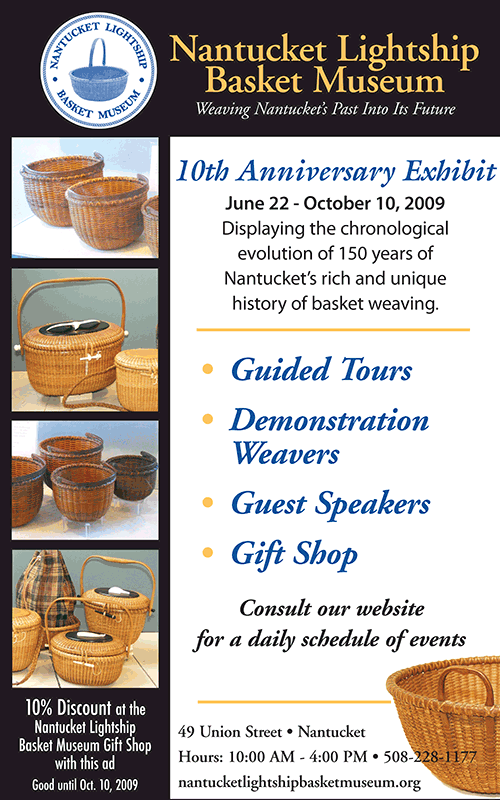 Collections from various collectors displayed as a collection with a focus on what drives a collector.

Over 40 nests of baskets from all vintages were featured.

Purses from the earliest known through the present. 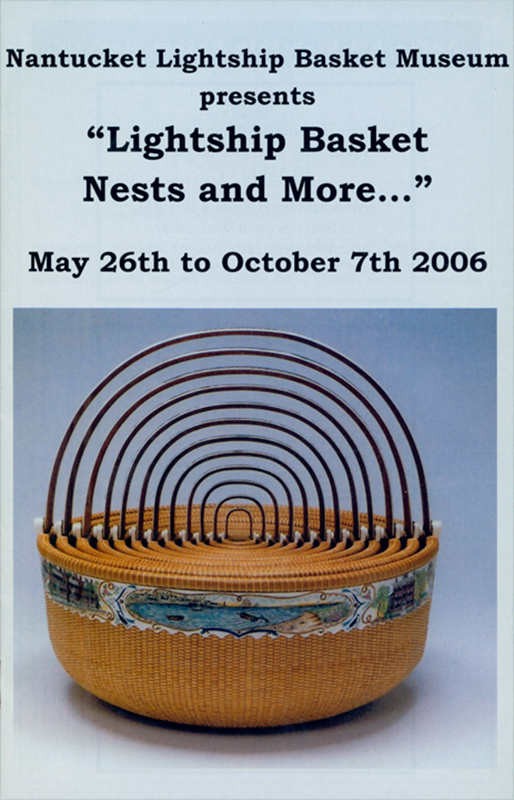 Passing On the Tradition” – Baskets made by various family members with the lineage of who learned to weave from whom. The exhibit included a special feature; “Lightships to Spaceships” a collection of baskets made in space by astronaut Dan Bursch.

Features the changes in basket making trends from the lightship era to the present day.